Michelle's Story
​Michelle McGunnagle (Dayson), the founder of Bear for an Angel tells her story of her own loss after never meeting Tayten, Teagan, Zane and Twinkle & Quinn, Storm. Six precious babies who are always remembered and never forgotten and why she felt the need to set up the organisation which provides support and bear packages to those affected by pregnancy, baby and child loss
It was 2006 and I was living in Liverpool, I was a day late for my period so I tried doing a pregnancy test but there was no evidence of being pregnant. The next day in the evening time I started cramping up and then the blood started and I realised this wasn't like any period that I had experienced before, first I noticed there were clots in the blood, then I noticed it was darker than normal, the pain was also much more intense. The next morning I noticed there was grey matter in the blood and I couldn't work out what was wrong, so I decided to go to the doctor's where they told me that I was miscarrying. The doctor said that it happens to a lot of women especially on their first pregnancy, he then said that I would of only been about 4.5 weeks pregnant so it wasn't yet a baby just an embryo, I hated the term he used, he explained all the symptoms I would experience and then he said something that made my heart sink. The grey matter was my baby.
​
At that point I broke down, as I walked home trying to take in what I had just been told I phoned my boyfriend and told him. A while later he came home from work to be with me, soon after that his Mum arrived home and he told her about what had happened she said to him that it was properly just a bad period. I just cried and said I wish it was, that evening the rest of his family kept telling him to get me to go to the hospital to get checked out, they didn't believe me, I didn't want to go which just made them more suspicious. The next day my boyfriend and I had a huge row and I told him that I wanted to go back home to Ipswich, so he paid a lot of money so I could get a taxi home to Ipswich.

When I returned home several hours later my family greeted me and was sad to hear my news, they believed every word I said and just hugged me. It took 2 weeks for me to stop bleeding and then the tests began where they found out it was a chemical miscarriage, I didn't want to believe what had happened and was in shock. I felt the baby I lost was a boy but I found it very hard to cope with his death and so I just tried to carry on. A few months later I found my first support group online and found it of great comfort that I wasn't the only one that this had happened to.

I was lucky enough to go on to have a healthy rainbow baby boy in 2009 and called him Dennis but I had a retained placenta and therefore I lost a lot of blood so I didn't plan on having any more children. But in March 2010 as Dennis was turning 1 I found out I was pregnant. We didn't know what to do there was so many questions going around in our heads, Dennis had only just turned one, We decided after a lot of thought that we would keep the baby & started getting used to the idea, but then I had a small bleed so I went for an early scan just to make sure everything was okay.

I got to the scan and had to have an insertion, they said that I had either got the dates wrong and was only 6 weeks pregnant and not 10, or the baby had died at 6 weeks and my body was not ready to let go (missed miscarriage.) Later on that day I had pains where they had inserted the camera and more bleeding so I was very scared, The next day, that evening, 27th April 2010. I had quite heavy bleeding and ended up passing everything, a week later I had to go back to the hospital to make sure the miscarriage was complete and the doctors there refereed to my loss as a foetus and not yet a baby which really upset me as to me it was a tiny baby growing inside of me, We didn't know the baby's sex so we choose a unisex name, Teagan, which means 'little poet'. It was at this point I knew it was only right to name my little boy that I had lost in 2006, so I choose the name Tayten which means 'beautiful happiness'. A while after I lost Teagan I decided to start this website/organisation & offer emotional and financial support as I lost both these babies early on in pregnancy and therefore I had nothing tangible to show that my babies existed.

Losing Teagan was very hard for us but we had to just carry on as we had Dennis, in the next few months we bought a teddy bear and had it personalised for Tayten and Teagan, I started to feel a bit better that I had something to hold and it would sit in Dennis' bedroom on a shelf and look over us all. Teagan would have been mine and my partner's first child together which just made things harder, I felt like I was cheating him as I could have another man's child but not carry his to term a few months after this bear for an angel was created on Facebook to provide emotional support and we began fundraising to help other families get a teddy bear yo acknowledge their precious babies, by the end of 2010 we had funded 80 bears.

​We decided to try for another baby and when I first found out I was expecting again I was mixed with emotions... Happy that I was pregnant but scared that something would happen again. I got to 10 weeks and told my family and my partner told his mum, we started thinking of how we would set the room up etc. We had so many plans...

We got to the 12 week scan and I can remember them putting the cold jelly on my tiny bump, then the lady said she couldn't see anything so would need to do an insertion which scared me. I went to empty my bladder and then came back into the room. She then tried again and finally she found the baby. She said it was measuring at 7 weeks and not 12, my heart sank... Then she uttered the words that no mother should have to hear "I can't find a heartbeat"

I began crying, my partner began crying too. The lady came over and said "I'm so sorry" and hugged me. I said "I know it sounds silly but could I still have the scan photo as I didn't get the last one?" and she said "of course" and printed one off for me. I then had to go upstairs to decide what I wanted to do, I just wanted to get home as fast as I could so said I wanted it to happen naturally, they gave me the number in case I needed to go in.

I then waited for the inevitable to happen. Each day I would think 'Will it be today?' Then one night (August 28th at 8pm) I started getting really bad pains and I knew it was time. Soon I would have to say goodbye to my baby again and soon enough, After about 4 hours of pains I gave birth to my baby Zane was born at 12am on August 29th I didn't dare look at it, I was too scared what I might see. Now I wish I would have done.

After it was all over, I sat up crying, it was gone midnight. The next day my partner and I said we should name the baby, so again we looked up unisex names and chose the name Zane which means 'God's gift'. A couple of months later we got a teddy done for Zane and it was put in our bedroom, looking over us.

On 4th October 2012, sadly we were effected by baby loss again. This time I was 5 weeks and 4 days and suffered an early miscarriage. Contrary to belief, it did hurt and there was bleeding with clots and some grey matter. It was nothing like a period as some people seem to think. I was on bed rest for 2 whole weeks, one person's response to this was "I felt for you when you first lost Twinkle but after the first week of you being in bed it started to wear thin" I thought 'how heartless can one person be?' We decided on the name Twinkle for our baby, We now have a teddy bear in memory of Twinkle.

Then blessed again by another rainbow son who we named Brody and was born November 15th 2014 sadly heartbreak was never far away for my family and as we lost another precious baby at 5 weeks to a chemical pregnancy Jan 22nd 2017, We choose the name Quinn then blessed by our third rainbow baby, this time a little girl named Caitlyn ..... never lose Hope!

Shortly after losing Quinn I began putting together little bags of hope and with the help and support of ipswich hospitals baby bereavement group we got them into the epau there, they were later renamed Quinns bags of hope,

Monday 18th February I should of started my period but I was feeling sick and had a feeling so I did a pregnancy test which was positive, there was no doubt I was pregnant and I was shocked didn't know how I felt about it all,

Tuesday I began to get used to the idea of being pregnant, then on the Friday I began bleeding and I just knew that our baby was gone, on the Saturday I did another test to confirm what I thought and yes I was sadly right I had miscarried, we choose the unisex name Storm as we will never know what sex the baby was,

June 4th I lost my 7th baby-Every week i was relieved that i had made it a bit further thinking we was doing well and that i would get to have this baby, i had my booking in appointment with the midwife where i had my bloods taken etc, i made it to 9 weeks but then i started bleeding a little, so i was booked in for an emergency scan the baby was only measuring 5.5 weeks and they couldn't find a heartbeat but as that was normal at that stage i had to wait two weeks to see what happened but I knew right then that the baby had gone, three days later i gave birth to baby phoenix in the toilet, two weeks later I had to make sure it had been complete and it broke me I'm ready to give up now!

​I'm so passionate about Bear for an Angel because I understand that if it wasn't for our organisation then some families would have nothing tangible to acknowledge their precious babies and would go home empty handed. 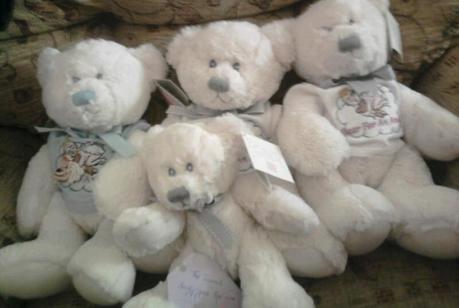 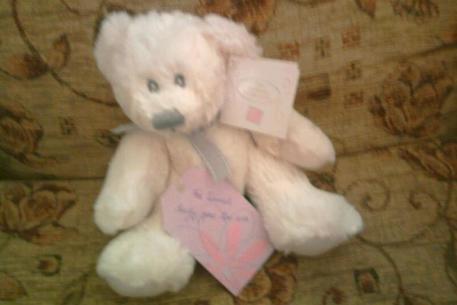 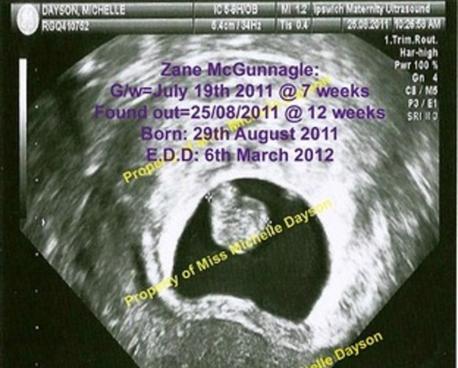 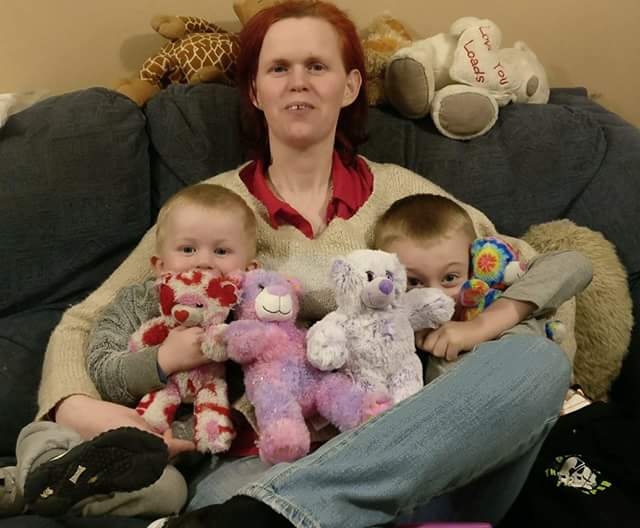 Me, my boys and our BfaA bears 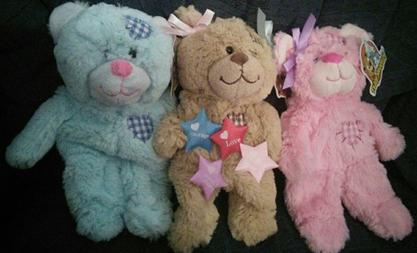 These are the bears that we help fund! 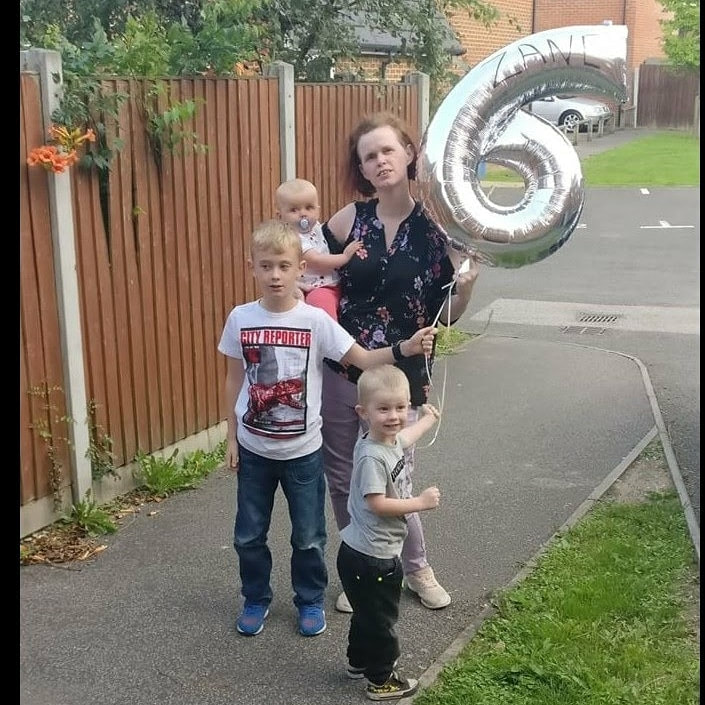 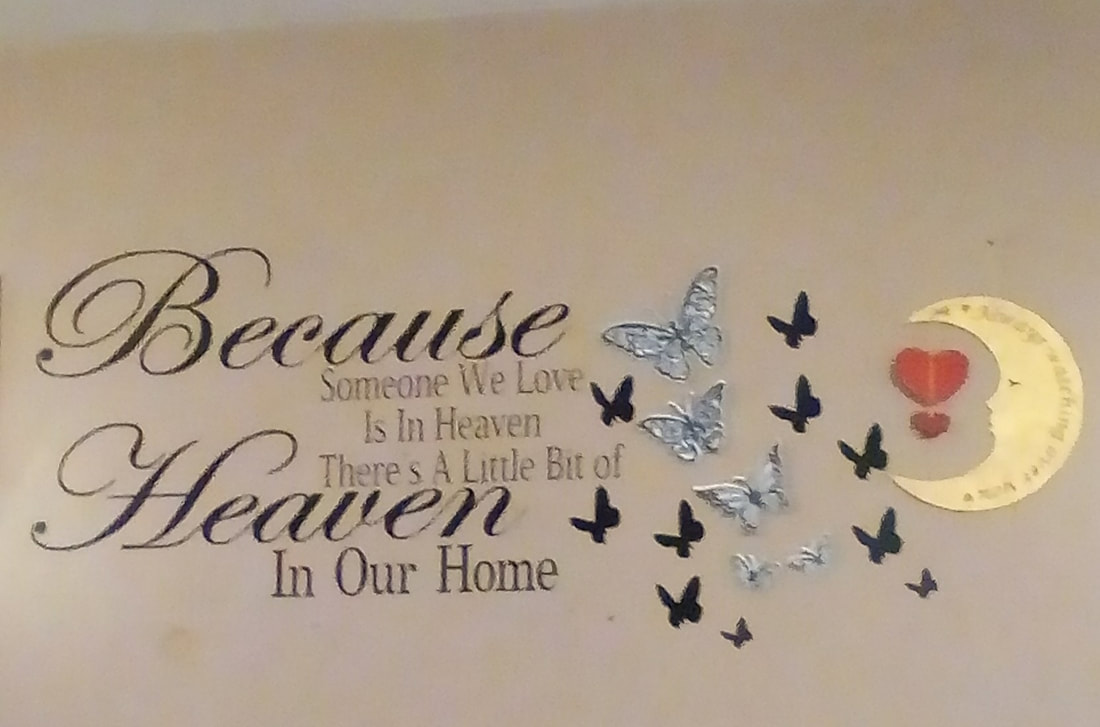 This is on our living room wall, our precious babies will never be forgotten